The different Flood Myths of different Cultures, Religions, and Civilizations

In Sumerian Mythology, King Ziusudra is warned that the Gods are planning to destroy all of humanity using a great flood. The God, Enki instructs him to build a ship, and in it, Ziusudra survives a 7-day flooding of the world. Afterwards, he is taken to the East to restart humanity.

Many Mesopotamian cultures have similar stories, like the Akkadian Epic of Gilgamesh, and the Babylonian Epic of Atra Hasis.

In Christian Theology, it was Noah who was told by God that soon, a flood would come. And he needs to build a boat that can fit his family and two of every animal, and then 7 pairs of every animal meant for sacrifice. At the end of this wrath, God allows the waters to fall, and Noah lands at Mt. Ararat in Turkey. And from him, everyone on Earth descended from.

In Hindu Mythology, reported in both the Sapatha Brahmana and the Puranas; Vishnu comes to the first man on Earth, Manu in the form of a fish, and warns him of Pralaya - a great flood to come. Afterward, he gives Manu the advice to build a boat so that he is spared from the destruction to come.

In Greek Mythology, Zeus is angered when King Lykaion of Arkadius sacrifices a human to him. Zeus decides to end the bronze age by making the rivers run in torrents to raise the sea level. It was Prometheus, always impeding on Zeus' plans who warned his son Deucalion to build a chest that will hold him and his wife to avoid death.

One of the most important stories in Chinese tradition is the Great Flood of Gun Yu. This time, the flood had no real godly causes, but the Emperor was held responsible for preventing them. To do this, he first asked his relative, Gun, who stole a magical, ever-expanding soil to build dams and dikes to prevent the water's arrival. This didn't work. So then Gun's son, Yu, was put in charge. In the end, by digging drainage channels, Yu fixes the issue.

To the Mayans, Cipatli was a crocodile or caiman who got his head cut off. From the blood of Cipatli, shells, jade, and bones float to create a new world. We haven't really decoded a lot of Mayan writings so our understanding of this story is a bit vague. But what seems to be happening is -- the world floods, and one man, in this case, Teocipactli survives on a boat and repopulates the planet.

All of these are examples of what's known as the 'Flood Myth' or the 'Great Deluge'.

Each one typically involves a diety, like a God, cursing the world with water and only allowing a small group of people and animals to survive and repopulate.

The strange part is nearly all cultures, in some form or another have one. Which is interesting because thousands of miles of mountains, deserts, and even oceans separate some of these civilizations. And many of these stories were told before there was exchange between civilizations. 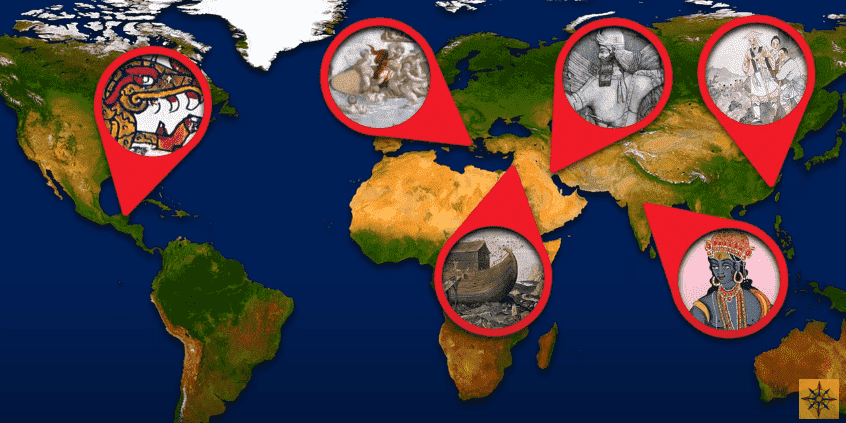 With this being such a common theme across so many different cultures, and over such a geographically diverse area, this raise the question, "Is there any truth to the Flood Myth?"

There are basically 2 ideas that people try to use to explain this.

One is through Localized Events.
It's basically saying that every civilization experienced a different serious flood at some time in their history and it's just a coincidence that others have as well.

The other side focuses in the Single Global Event or a circumstance that impacted everyone all at the same time and caused cultures to develop similar stories as a result.

Here are some of the Localized Events Theories:

Many early human settlements developed around rivers and they would depend on seasonal flooding to deposit rich agricultural sediments. This dependency that early man had on the flooding of rivers could be the basis of many flood myths ad explains why many of them are associated with the rebirth of mankind as floodwaters would bring new life to a river valley each year.

In Mesopotamia for example, the Tigris and Euphrates rivers would flood every year. 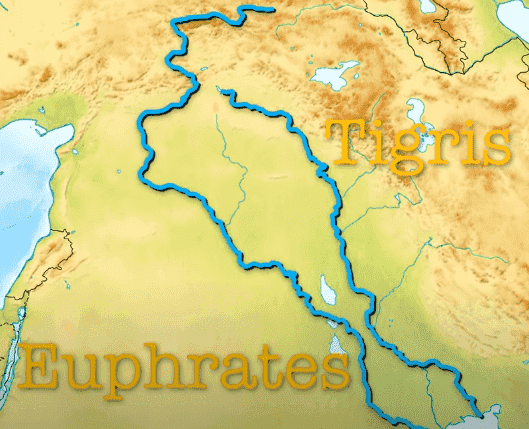 Around 2900BCE, extreme flooding was recorded at several cities in the region.

It's thought that this was caused by the moving of sand dunes blocking the Karun river, causing it to spill into the Tigris river. The severity of this event is hard to determine, but if it was as bad as some records make out to be, this flood could explain where the Sumerian, Akkadian, and Biblical flood myths all originated.

A similar mechanism has been proposed for the Yellow River in China around the year 1920 BCE where a landslide blocked the river's flow. 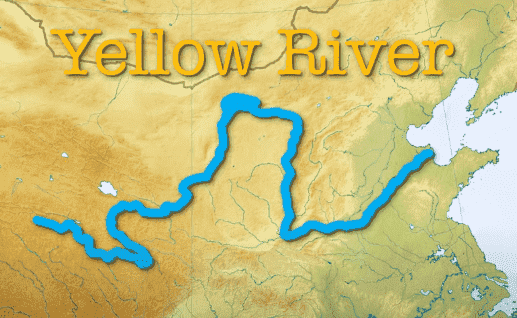 After a year, the block failed and released a year's worth of stored up water all at once. 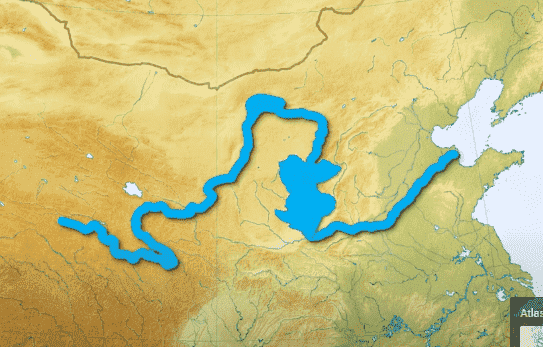 This might explain also why in their story, the act of building up dams to block the water wasn't enough and the way was to drain the water out.

But then there were people like the Greeks who didn't always live directly beside the banks of a river. And for everyone in the Mediterranean, there's a different explanation.

Around the year 1600 BCE, on the island of Thera in the Aegean Sea was a massive volcanic eruption causing much of the island to crumble into the sea. 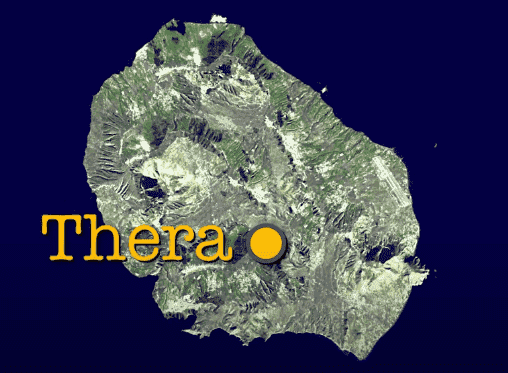 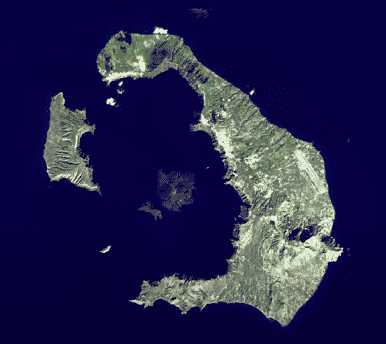 This was one of the largest volcanic events in recorded history. And the subsequent landslide created a massive tsunami throughout the Mediterranean region, causing wide-scale flooding throughout many human population centers. This event has been alluded to in texts as far away as ancient China, but it's debated how far inland the tsunami could have made it.

Elsewhere in the world, around 2900 BCE, a meteor is said to have crashed into the Indian Ocean. 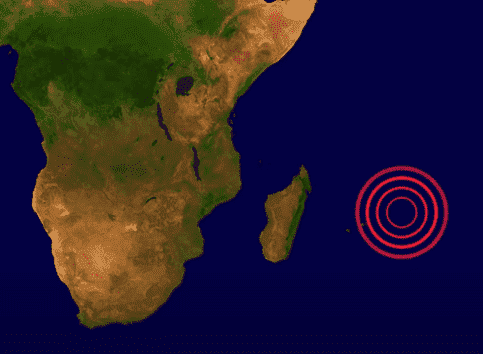 Evidence for this can be found in the Burckle Crater site, off the east coast of Madagascar. The crater is roughly 30 kilometers in diameter and would have created a mega-tsunami. This even could have affected all coastal lands on the Indian Ocean.

But even including all of these events, there are still many cultures across the world without a refined explanation. These inconsistencies have led many to speculate about a worldwide mechanism or a Global Event which imprinted itself in the memories of nearly all cultures at the same time.

Of course, a lot of these speculations aren't fully backed up by science, but there are 3 ideas that are plausible.

1. Because of the movement of plate tectonics, land that was previously under the sea can be pushed above the water and even form mountains. This can lead to ancient rocks containing fossils and shells to make it up high elevation.

When ancient people found these shells and fossilized sea creatures atop mountains, many believed this could be evidence that the entire world had at some point in the past, been submerged in water.

Since many places that are today above water were once submerged, this phenomenon could've been observed across the planet. And if it wasn't the reason the Flood Myth began, it definitely served as evidence for many early people to prove that it happened.

2. Another theory places the Great Deluge as far back as 6400 BCE, the last glacial period was coming to a close and the glaciers covering North America were melting. Except, instead of draining out, a lot of water drained into a massive lake in the middle of the glacier.

This lake, called the Lake Agassiz, was possibly the largest lake the Earth has ever seen. 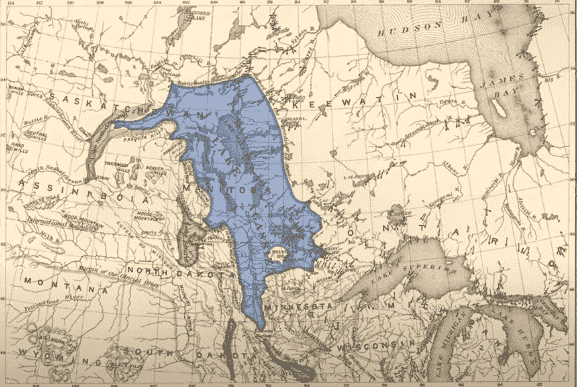 Covering up to 440,000 square kilometers, which is way bigger than the Caspian Sea, the largest lake on Earth today.

As the Ice Age came to a close, a section of the glacier broke off and released nearly all of this water at once into the ocean. It's hard to say how much water was released because the glaciers that contained it have since melted. But it's thought that this would have caused massive flooding along the coasts worldwide.

This even could have also altered ocean's salinity and circulation, which in turn could have created strange weather events that people at the time could not explain.

3. The third theory also deals with the ending of the last Ice Age but is far less catastrophic. Around 12000 years ago, the icy Pleistocene Epoch was coming to a close as temperatures around the world increased slightly, beginning the epoch we're currently living in, the Holocene.

This increased temperature caused the retreat of glaciers that have extended far beyond the poles. As these melted waters entered rivers, lakes, and eventually, the oceans, the planet's sea level rose up by up to 125 meters.

If we look at a map of the world before this happened, we can see large areas of land exposed that aren't today. 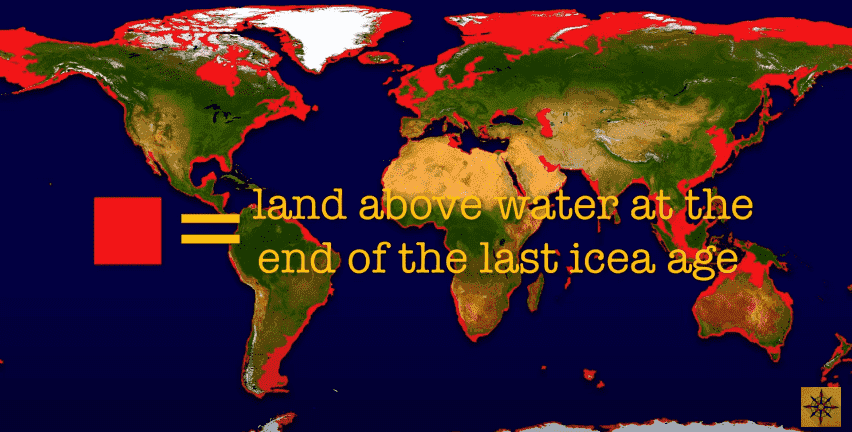 Some places to note would be the Persian Gulf which was a hub of early human activity and was completely dry and presumably inhabited at this time. 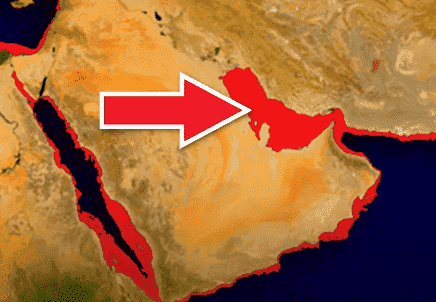 Large portions of India's coastline were also above sea level at this time. 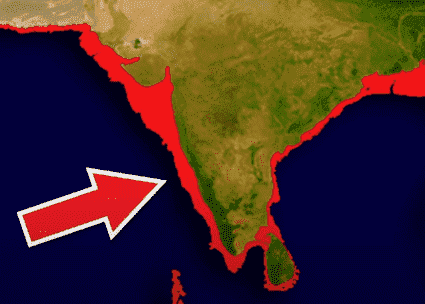 And huge parts of southeastern Asia as habitable as well. 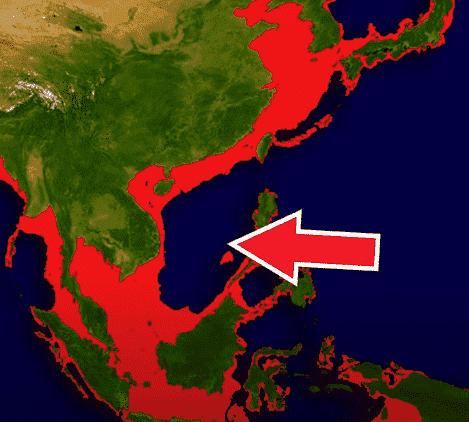 In the Mediterranean, the Tarrenean Sea beside Italy was completely dry and a lot of the Black Sea was likely populated too. 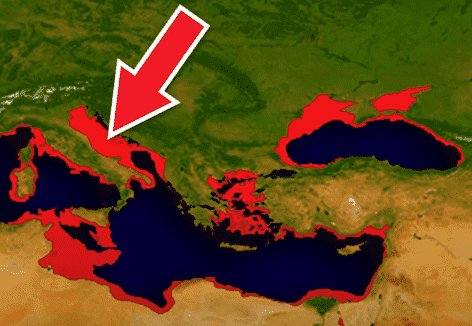 In Northern Europe, this massive plain called 'Doggerland' was opened up and definitely contained large populations as people have found tools underneath the waters that now cover this land. 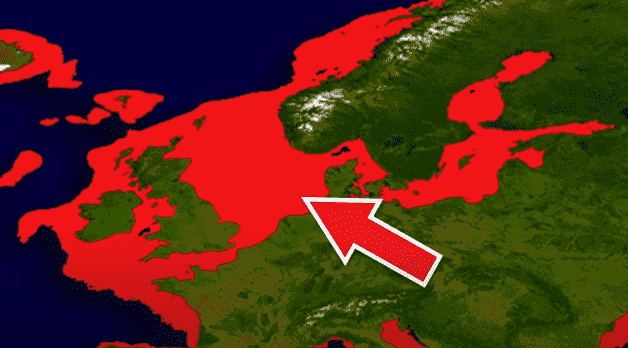 Lastly, in the Americas, much of the northeast coast was extended further into the Atlantic, and peninsulas like Florida and the Yucatan were greatly expanded as well. 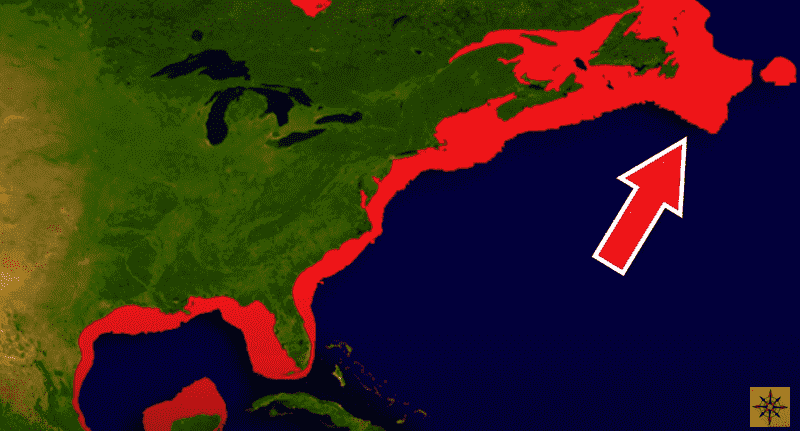 People would have been living in all of those places until glacial meltwaters pushed them out. This forced migration would have brought refugees to higher elevations inland who would've likely told other people about their experiences.

But these all happened fairly slowly, except for a few spikes in temperature along the way and it also happened thousands of years prior to the formation of the flood myths mentioned at the beginning. Whether a culture could remember an experience like this for so long is still up for debate.

A (partial) transcription of the video, Is There Any TRUTH to Flood Myths? by Atlas Pro from YôùTùbé.
You can watch the video here. You do not have permission to view the full content of this post. Log in or register now.