YES, JEHOVAH IS THE ONLY TRUE GOD'S NAME, ACCORDING TO THE BIBLE. !!!

And since this is a bible based question, it must be answered by means of the bible.

Psalms 83:18, makes this bold statement to all people, it reads:

“May people know that you, whose name is (Jehovah), You alone are the Most High over all the earth.”

“And I used to appear to Abraham, Isaac, and Jacob as God Almighty, but with regards to (my) (name) (Jehovah) I did not make myself known to them.”

So, it is crystal clear, according to the bible, that Almighty God has a name, and that name is Jehovah.

I goggled who is Jehovah, and it says, “The proper name of the God of Israel in the Hebrew bible.”

But why is it, that so many people fight against the name Jehovah?

Why does the name Jehovah bring out so much outrage, and hatred, from people?

Do people even know why they hate the name Jehovah?

I mean, even people that claim to believe in God, and the bible, reject the bible scriptures as shown above, that says Jehovah is Almighty God, but why?

The reason that is given, is truly baffling to me.!!!

And here is why it is so baffling.

The main reason given, is that in the Hebrew language there was not a letter (J), right?

But when you ask the same people, well if Jehovah is not the name of God because there is no letter (J) in Hebrew, then what is God's name, and they say (Jesus).!!!

Now this is truly baffling to me, truly, because the name Jesus starts with a (J).

Can you now see that the excuse that there was no (J) in Hebrew is a lame, and hollow reason to say God's name is not Jehovah?

The truth is, the bible says that Jesus is the Son of God, not God.

“Who can conquer the world? Is it not the one who has faith that Jesus is the Son of God?

“Whosoever shall confess that Jesus is the Son of God, God dwelleth in him, and he in God.

So, clearly Jesus is the Son of God, and Jehovah is God.

You must remember that in the Hebrew language Jesus is pronounced Yeshua.

What about these names in the English language bibles.

How would we pronounce those names in English without the letter (J)?

At the outset I asked the question, do people even know why they hate the name Jehovah?

Why do people hate the name Jehovah?

The answer is that Jehovah God has an enemy, an adversary that is blaspheming his Most Holy name Jehovah.

This enemy,and adversary, is an angel turned wicked, that Jehovah God gave the descriptive name Satan and Devil, which means opposer and slanderer.

This enemy is misleading people to hate the name Jehovah, with no valid reason.

Think about it, and ask yourself, why do you hate, or oppose the name Jehovah?

Why do you blaspheme God's name Jehovah like his adversary?

In the book of Revelation chapter 13, Satan is described as a dragon that blasphemes God's name.

“And it opened its mouth in blasphemies against God to blaspheme his (name) and his dwelling place, even those residing in heaven.”

Yes, Satan and the other angels turned wicked, demons, are behind the blasphemy against God's name Jehovah.

”The act of Insulting or showing contempt or lack of reverence for God.”

Will you join Satan and blaspheme God's name Jehovah?

Or, will you reject Satan and Honor God's name Jehovah?

Now that you know who Jehovah God's enemies are, what is it they intend to do with God's name Jehovah?

“They intend to make people forget my name,”…

“For everyone who calls on the name of Jehovah will be saved.”

So, once a person learns the truth that God's name is Jehovah, that person is in position to be saved.

And Satan does not want you to be saved.

In sharp contrast, Jehovah God wants you to be saved, and have an accurate knowledge of the truth.

“Whose will is that all sorts of people should (be) (saved) and come to an accurate knowledge of truth.”

So, Jehovah God wants you to be saved and (live).

And Satan does not want you to be saved and (die).

You have been shown the truth from the bible that Almighty God's name is Jehovah.

You have also been shown that Jehovah God has an enemy who is blaspheming his Most Holy name, and wants you to join him in the blasphemy.

Whose side will you choose?

Jehovah God or Satan the Devil?

If you choose Jehovah God, and be found righteous by him, this will apply to you:

“The righteous will possess the earth, And they will live forever on it.”

But if you choose Satan, and allow yourself to be misled and blaspheme Jehovah God's Most Holy name, thus making yourself Jehovah God's enemy, and found to be wicked, this will apply to you:

And what finally happens to the one who is misleading people?

“And the Devil who was misleading them was hurled into the lake of fire and sulfur,”…

Yes, he will be completely destroyed.

So Satan wants you to die along with him.

So, do yourself a favor, and accept the true fact that Almighty God's name is Jehovah, according to the bible.
K

"YES, JEHOVAH IS THE ONLY TRUE GOD'S NAME, ACCORDING TO THE BIBLE. !!!"
Comment
G

"YES, JEHOVAH IS THE ONLY TRUE GOD'S NAME, ACCORDING TO THE BIBLE. !!!"
Click to expand...

Elite
Forms of the divine name in different languages, indicating international acceptance of the form Jehovah 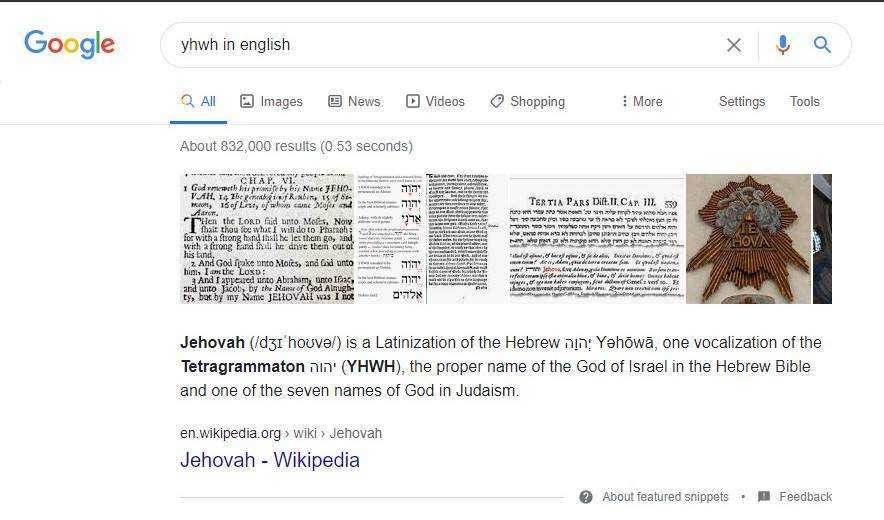 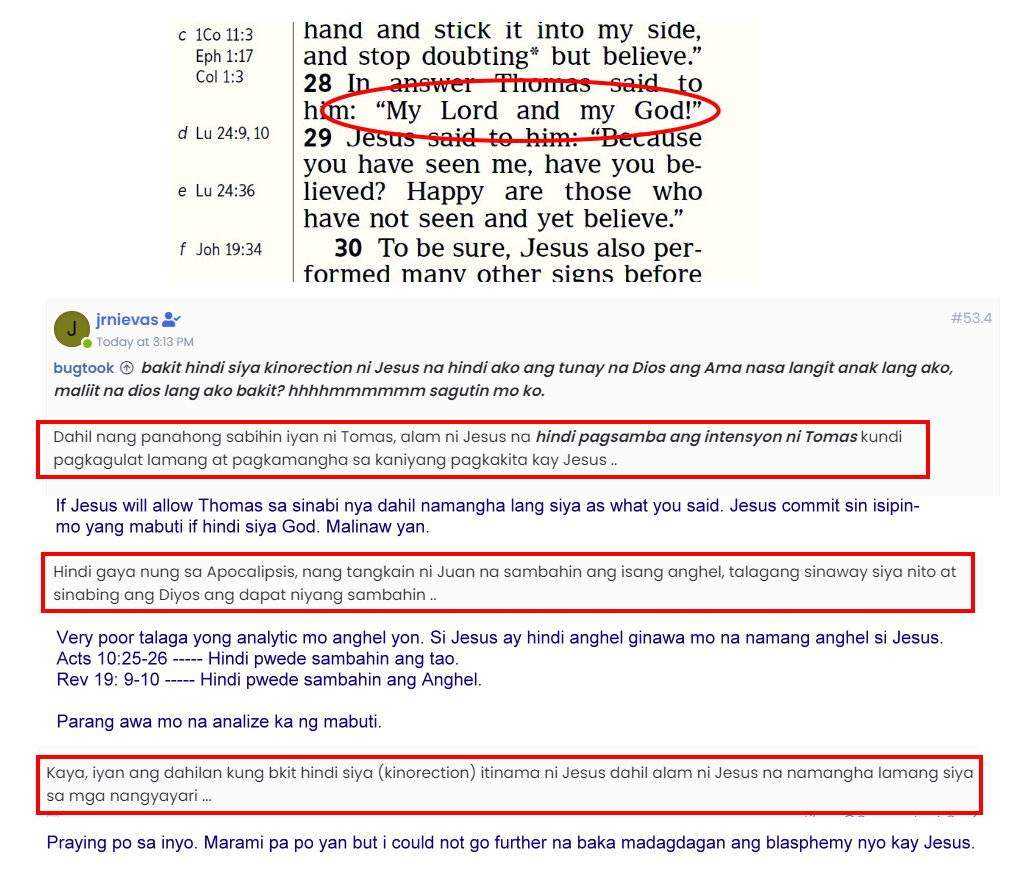