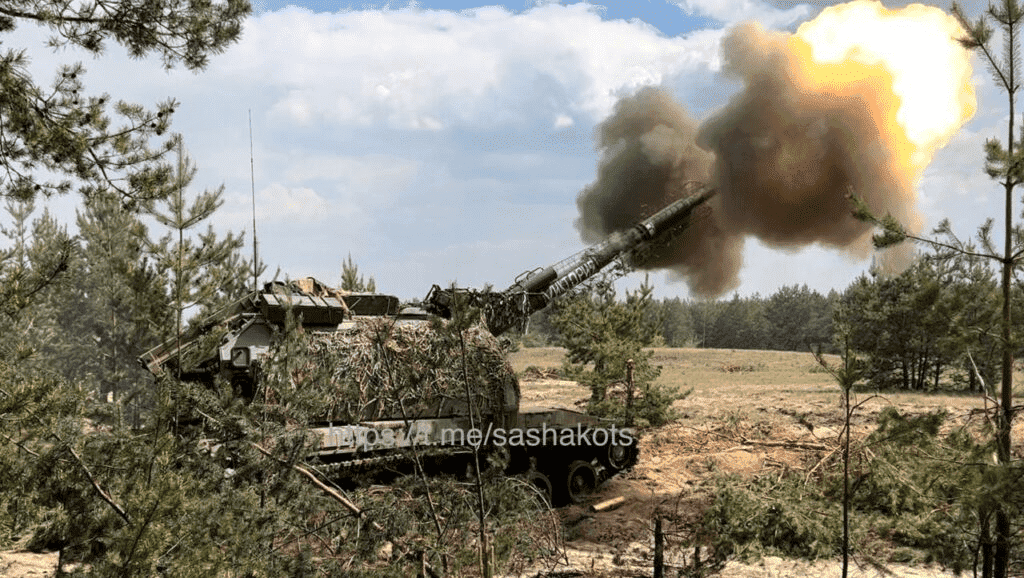 As of May 22 , 2022, on the territory of the Donetsk People’s Republic , the DPR and LPR troops with the fire support of the Russian Armed Forces liberated and established full control over 216 settlements.

In the Luhansk People’s Republic, the main military developments take place in the area of Popasnaya. Units of the LPR People’s Militia are developing an offensive on three directions from the Popasnaya area at once. There is progress in all directions.

After the LPR control was established over Popasna, Russian and LPR troops launched an offensive in three directions:

1) to the west towards the town of Artemovsk (Bakhmut). Russian-led forces have recently taken control over the villages of Vyskriva, Tripolie, Novaya Kamenka, which threatens the critically important road T1302, the main supply road for the Armed Forces of Ukraine in the Severodonetsk-Lisichansk region.

On May 22, the AFU recognized the loss of Vladimirovka, where Russian-led forces entered two days ago. The village is located 15 kilometers to the east of Bakhmut, which can already be reached by the Russian artillery. The AFU also acknowledged that Russian-led forces reached the town of Soledar.

2) Russian and LPR units are advancing to the north from Popasnaya in order to go to the rear and surround the AFU grouping in Severodonetsk and Lisichansk. The villages of Aleksandlropolie, Lipovoe and Vasilevka are under the LPR control. The LPR advance stopped at the Kamyshevakha – Viktorovka – Lipovoye line. On May 22, cossacks of the 6th regiment of the LPR People’s Militia entered the settlement of Viktorovka. Heavy battle is underway. The settlement is of strategic importance for the further surrounding of the AFU grouping in the town of Kamyshevakha, where fighting continues.

3) Russian-led forces are heading to the south in order to enter the rear of the AFU near Svetlodarsk. The LPR units attack the village of Vozdvizhenka from their positions in Troitskoe.

The AFU are still suffering heavy losses on the LPR and DPR front lines: 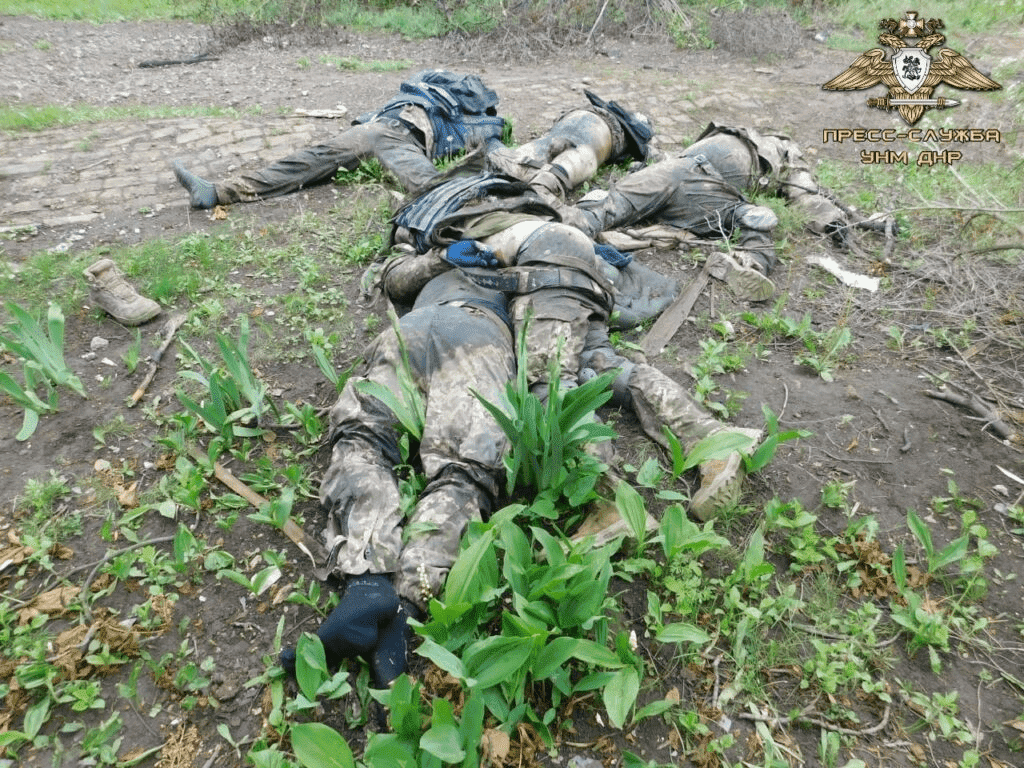 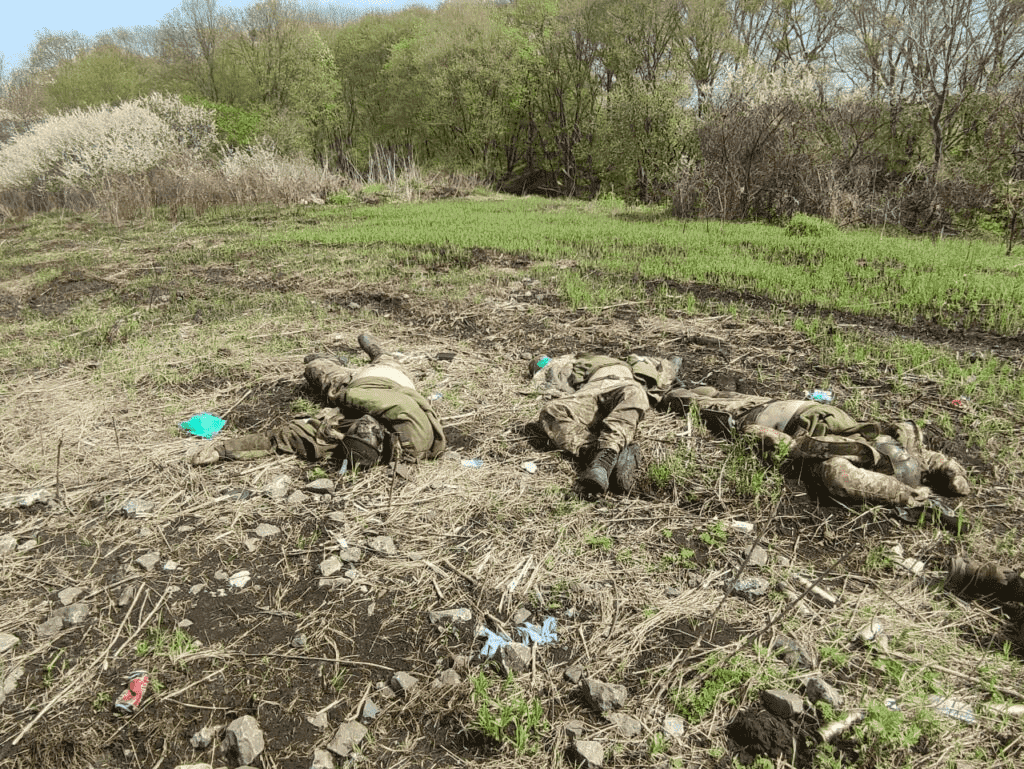 AFU losses on the DPR front-lines 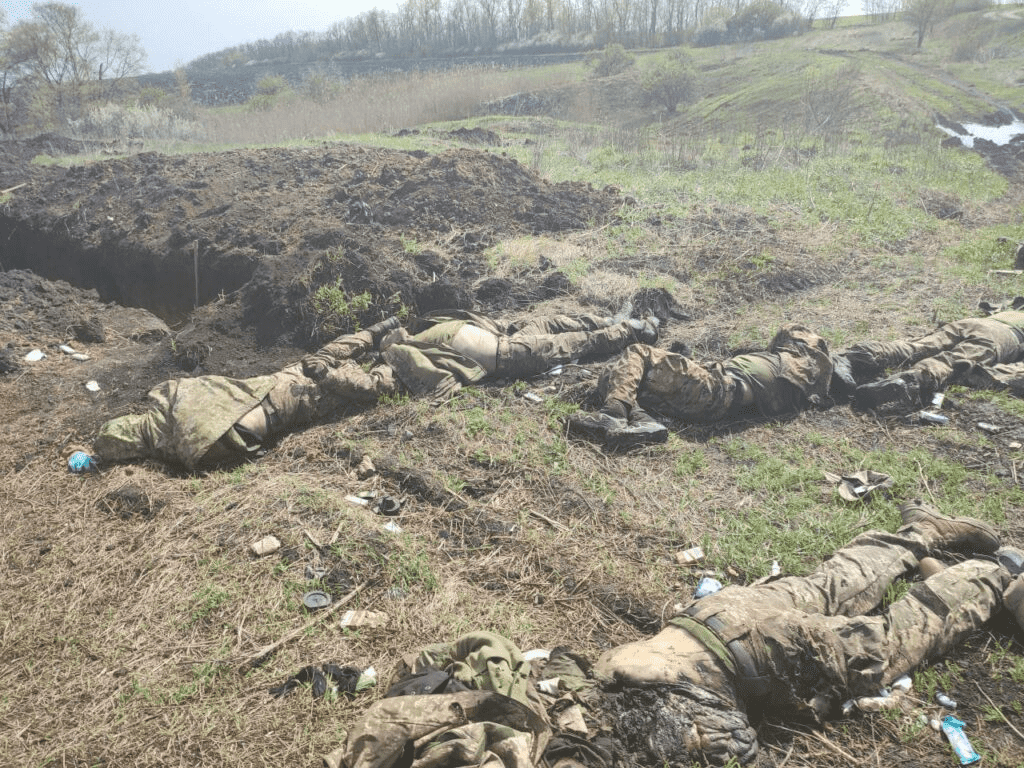 AFU losses on the DPR front-lines

In the area of Liman, fighting continues on the outskirts of the city. Despite the threat of encirclement, the Armed Forces of Ukraine continue to actively defend their positions. The DPR People’s Militia officially confirmed the control of Drobyshevo and settlements to the north.

The AFU do not change their tactics and continue to hide the tanks at the houses in the private sector:


The assault on Severodonetsk continues. Fighting continues on the outskirts.Russian-led forces established control and completely mopped up the Shchedrishchevo district north of Severodonetsk. The situation of the grouping of Ukrainian troops in the city has become more complicated due to the destruction of the bridge to Lisichansk on May 21, which significantly complicates the supply and a potential wí†hdráwal.

Ukrainian militants are hiding from Russian strikes in the industrial zone of Severodonetsk:


In the Donetsk People’s Republic, heavy fighting continues near the capital on the outskirts of Avdiivka.

The units of the DPR People’s Militia are advancing from the towns of Novobakhmutovka and Novoselovka-2, took control of the road on the Kamenka-Veseloe line.

On May 22, the DPR units took full control of the village of Novoselovka located in the Troitsky district south of New York.

Massive artillery shelling of fortified areas of the Ukrainian Army in the area of Mariinka continues.

The Russian Aerospace Forces over the Donbass front lines:


According to unconfirmed reports, 2 battalions of Polish infantry moved out of Kiev the day before and have reached Pavlograd to support the AFU. The Polish infantry is reportedly preparing for transfer to the Avdiivka area. Each battalion is reportedly equipped with 4 Rapier anti-tank guns, armored personnel carriers and US-made armored vehicles.

Special forces of the Armed Forces of the Russian Federation destroyed the observers of the 128th separate mountain assault brigade of the Transcarpathian Armed Forces near the village of Pologi in the Zaporozhye region:
You do not have permission to view the full content of this post. Log in or register now.

In the south of Ukraine, heavy artillery battles continue on the front line between the Kherson and Nikolaev regions. The AFU are expected to launch another offensive in the region but so far, the front lines have remained unchanged.

The AFU is shelling civilian areas near the front lines. On May 22, numerous strikes were carried out on residential areas of Donetsk, Yasinovata and Volnovakha.

The AFU were spotted for the first time using the MLRS RM-70 received from the Czech Republic in the Donbass region. RM-70 Raketomet vzor 1970 is a multiple rocket launcher. It is Czechoslovak version of the Soviet MLRS BM-21 “Grad”. It was developed in the late 1960s as a successor to the obsolete RM-51:
You do not have permission to view the full content of this post. Log in or register now.

On May 22, the saboteurs of the Armed Forces of Ukraine made an attempt to assassinate the mayor of the city of Energograd Andrey Shevchik. He was targeted at the entrance of a residential building where his mother lives in Energograd. The explosion at the entrance thundered at the moment when Shevchik entered the entrance. As a result of the incident, the interstory ceiling was partially destroyed and the entrance door was knocked out.

The mayor and his guards were injured. The security forces launched an investigation. According to media reports, the saboteurs of the Armed Forces of Ukraine planted an explosive device with remote control and activated it at the moment when Shevchik entered the building.

The AFU continue to regularly shell the border settlements of the Russia’s Kursk and Belgorod regions. As a result of the AFU attacks, several houses and vehicles of local residents were damaged in the village of Tetkino in the Kursk region. The other day, the local governor reported the death of the truck driver during the shelling of the Ukrainian artillery.
You do not have permission to view the full content of this post. Log in or register now.

Russian troops and DPR assault units established full control over the Azovstal plant. From May 16 to May 20, 2,439 Ukrainian fighters surrendered. Among the prisoners are the leaders of the neo–Nazi Azov regiment. 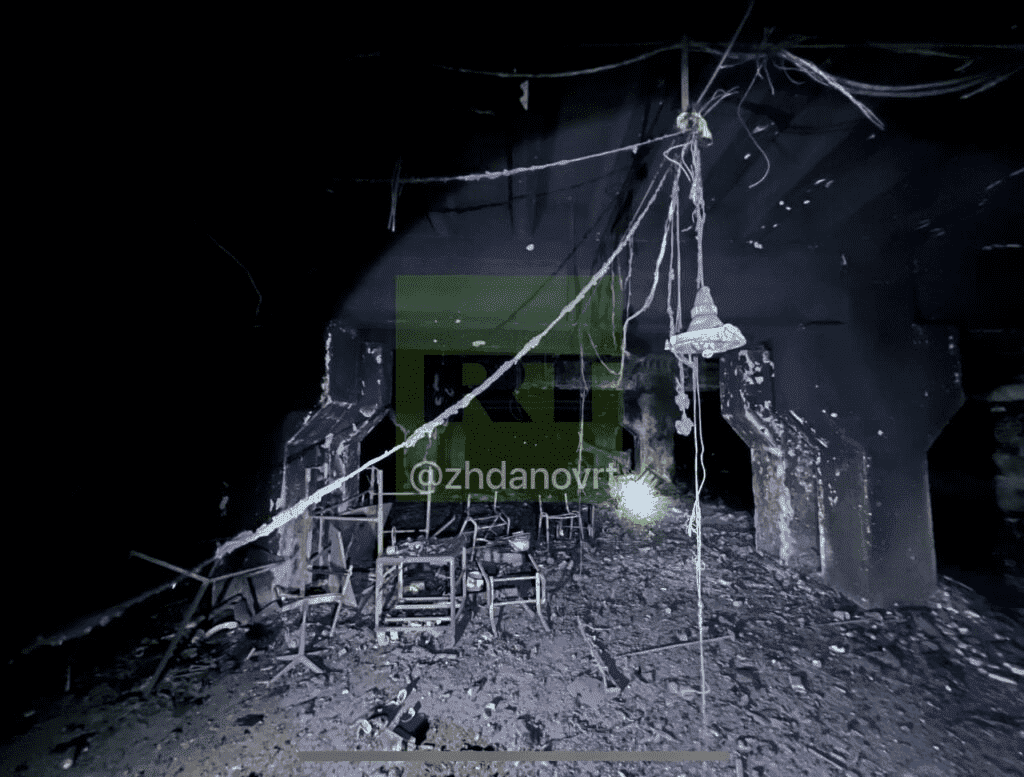 Military reporters were allowed to enter the basements, where the Ukrainian militants were hiding since March. The Ukrainian fighters destroyed almost all military equipment left in the facilities. However, Russian servicemen have already discovered several interesting finds in Ukrainian shelters.

The commander of the DPR Vostok brigade, Alexander Khodakovsky, showed evidence that the OSCE provided active assistance to the AFU and the militants at Azovstal.

“All these years, the OSCE has been suspected of assisting the enemy. We were sure that their cameras, abundantly scattered along the line of combat contact, ostensibly to monitor compliance with the silence regime, were actually transmitting information about our actions to the enemy. Here is an indisputable proof of the OSCE’s engagement – a satellite phone found during the inspection of Azovstal.”
You do not have permission to view the full content of this post. Log in or register now.
Click to expand... 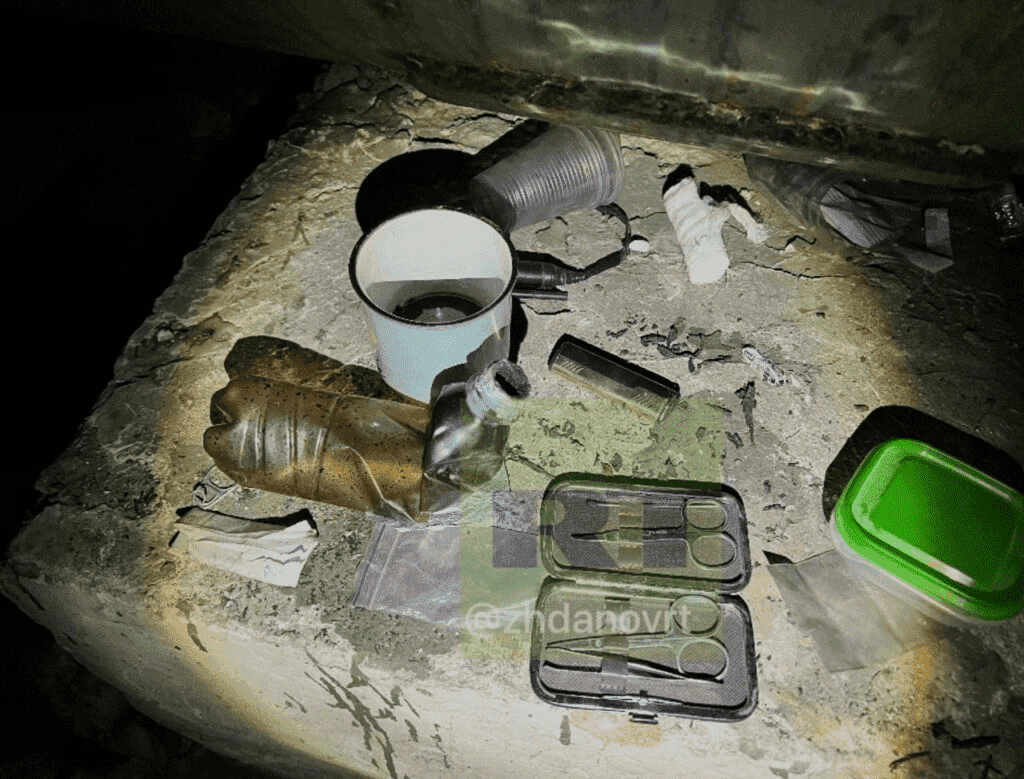 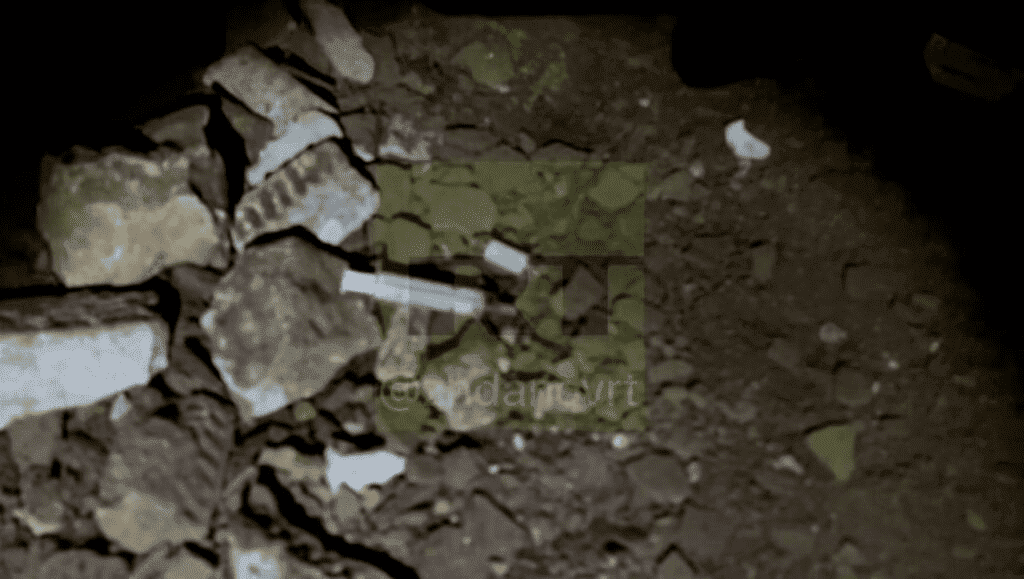 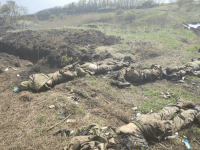