BEN 10 Ultimate Alien: Xenodrome is an all-new free game where you unleash your favorite aliens from the Ultimate Alien TV series!!​


NEW: 24 new levels, huge rewards, survival mode, and even more alien enemies in the Hero Time update for Ben 10 Xenodrome! Check out “What’s New” below for more details.Transform, battle and level up in BEN 10 Ultimate Alien: Xenodrome! Play as Ben Tennyson and unlock his alien powers as he takes on the evils of the galaxy. Enjoy solo story mode or battle against other players!

As Ben Tennyson you must use the skills of various alien forms to stop Aggregor and other villains across the galaxy.

“It’s Hero Time!” Ben must battle against foes, collect all new alien DNA and increase his alien powers. Now it’s your turn to take down the Forever Knights, Charmcaster, and even some secret Ultimate Foes. Ben’s journey will take you to the ends of the galaxy and give you a chance to discover all-new alien forms. Use Ben to battle evil and you will increase his alien powers and unlock hidden potentials you never dreamed of!

Free to play! Take it anywhere on your mobile device. Battle whenever and wherever you want. Unravel the full story of BEN 10 Ultimate Alien: Xenodrome or simply have a quick battle on the go. Use the aliens you have unlocked and leveled up to challenge your friends in epic galactic combat!

★ Intelligent and fun control system
★ Level up your alien forms and use Ultimate power-ups!
★ Original Turn-Based Battle System – the first of its kind!
★ Play as 9 different Alien Forms including Rath, Ultimate Humungousaur, and more!
★ 8 Stages to do battle in, from Ben’s hometown to the ends of the galaxy
★ incredibly fun endless gameplay!
★ Battle against 14 different foes including Charmcaster, Forever Knights, and more!
★ One of the largest character rosters in any BEN 10 game to date
★ Versus Mode battles
★ Multiplayer: Users can connect with other players via Bluetooth and play against each other 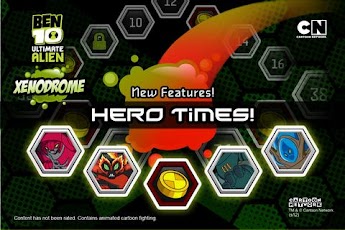 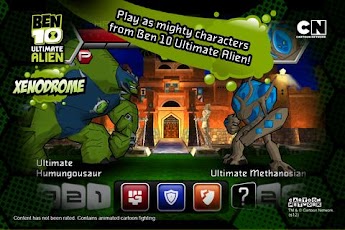 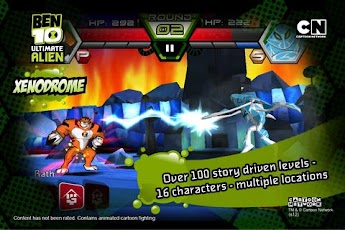 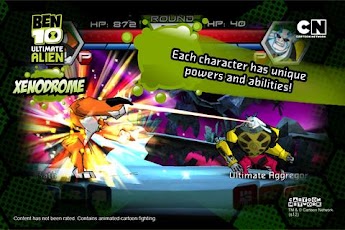 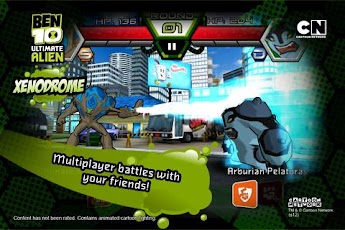 siopaosauce said:
tignan ko nga kung maganda to by the way thanks
Click to expand...