US to donate an additional 500 million COVID-19 vaccines 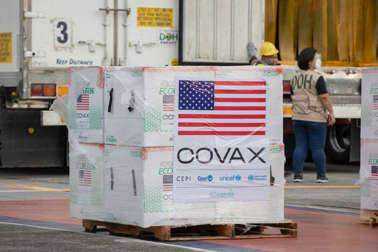 WASHINGTON – The United States plans to donate an additional 500 million COVID-19 vaccines made by Pfizer Inc and BioNTech SE to nations around the world, lifting the total the country is sharing to more than 1 billion doses, according to a source familiar with the plans.

President Joe Biden is hosting a virtual summit on COVID-19 on Wednesday and is likely to announce the new pledge then.

Earlier on Tuesday, Biden told the United Nations General Assembly that the United States had put more than $15 billion toward the global response to COVID-19 in order to fund more than 160 million COVID-19 vaccines in other countries.

The U.S. has already purchased 500 million doses of the Pfizer/BioNTech vaccine and donated them through the global vaccine-sharing platform COVAX.

Vaccines have already landed in 100 countries, Biden said, adding he would announce additional commitments on Wednesday at the U.S.-hosted global COVID-19 summit.

The United States is pushing global leaders to endorse its targets for ending the COVID-19 pandemic, including ensuring 70% of the world’s population is vaccinated by this time in 2022, according to a draft U.S. document viewed by Reuters.

Chinese leader Xi Jinping reiterated on Tuesday in a speech to the UNGA that China aims to provide 2 billion COVID-19 vaccine doses to the world by the end of the year.

Philippine President Rodrigo Duterte and Indonesian Foreign Minister Retno Marsudi were critical of plans by rich countries to provide booster shots when so many people in the developing world are unvaccinated.

“Rich countries hoard life-saving vaccines, while poor nations wait for a trickle,” Duterte said in his address to the General Assembly. “They now talk of booster shots, while developing countries consider half-doses just to get by.

“This is shocking beyond belief,” he said, stressing the pandemic will not end unless the virus is defeated everywhere.

Speaking to the Asia Society think tank, Marsudi emphasized restrictions on the export of materials to make vaccines must end, saying “access to safe and affordable vaccines is critical.”

U.S. regulators could authorize a booster shot of the Pfizer/BioNTech vaccine for older and some high-risk Americans this week, in time for the government to roll them out by Friday.

The U.S. Food and Drug Administration is expected to give the nod to the third shots for at least this group before advisers to the U.S. Centers for Disease Control and Prevention are due to meet on Wednesday.

As the gap widens between vaccinations in wealthy and poor countries, the World Health Organization has repeatedly implored the United States and other wealthy countries to hold off on plans to offer boosters and to use those doses to help inoculate the many people worldwide who have yet to receive their first shots. — Reuters

The Power of 𝕹𝖊𝖈𝖗𝖔𝖒𝖆𝖓𝖈𝖊𝖗💀™ · From Kyiv, Ukraine
Contributor
M