awinahe said:
no storm surge with rolly and ulysse, that's why casualties were a lot less... nothing to do with the way these calamities were handled.

Regarding the foreign aid, did you notice that foreign countries are no more eager to help the Philippines since the madman is in charge? It's because they know this government is trash, rigged with corruption from top to toe!
Click to expand...

storm surge is not the measurement that can be use on both calamities this year and yolanda, there was also a storm surge during rolly, geography of tacloban and bicol are different. there was a preemptive evacuation before rolly land on bicol province, while Mar was early in tacloban with his ayudantes, he doesn't have PAGASA expert with him. they thought that yolanda will land at afternoon but hit the province at dawn instead. the proud Project Noah should've gave them 6 hourlead time.

they also bypass the LGU with reasons you already know, who knows their land better than the former DILG sec. they gather the citizen to the convention center but that was a mistake as the storm surge reach to what they thought as shelter. after yolanda ravage the city, the day after Sec mar ordered to fix the airport as it was also severely damage, a myopic move instead of clearing the road first to have the neighboring municipalities to cross the road so they can bring help with them. hence the looting.

also the government then stop the death count at 6000. therefore we will never know of how many really died that day.then there's dswd who wants to centralized the distribution of relief goods. although their heart is at the right place, they bite more than they could chew, hence the mountain of clothes piled under the sun and rain with no one to man the distributions, the foods that was distributed only to find putrid and inedible, the sacks of rice that was buried to hide whatever they want to hide. all this happened because of a political dream, "buhay pa naman kayo diba?".

last year there was a strong demand of PH bond, PH also has record high of dollar deposit giving PH confidence to any international project financier. fitch, ADB gaved PH a good rating. why because of corruption? tell that to the marines. if you will argue that this was all last year, the world's wealth and strong economy are all last year's event, the world over as hit with the pandemic, PH is not special to not be affected by any current event.
Comment
A

Elite
HaHaHa, after the nightly, weekly usual useless duterte's speech here is what is trending on Twitter: 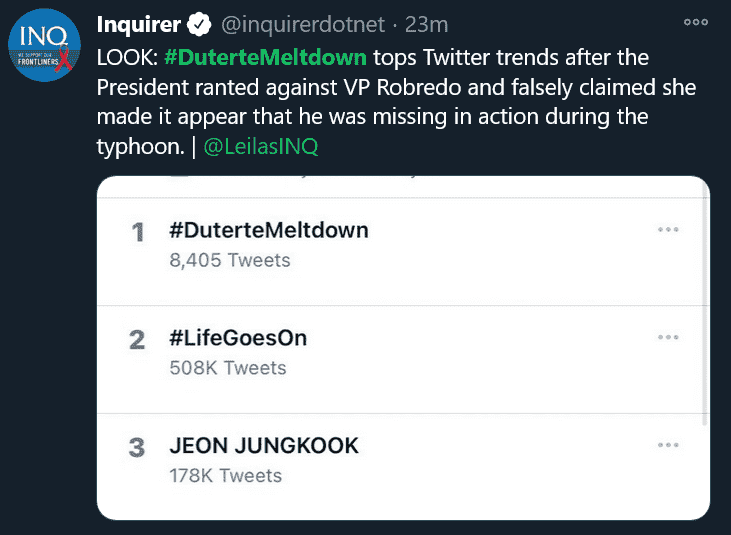 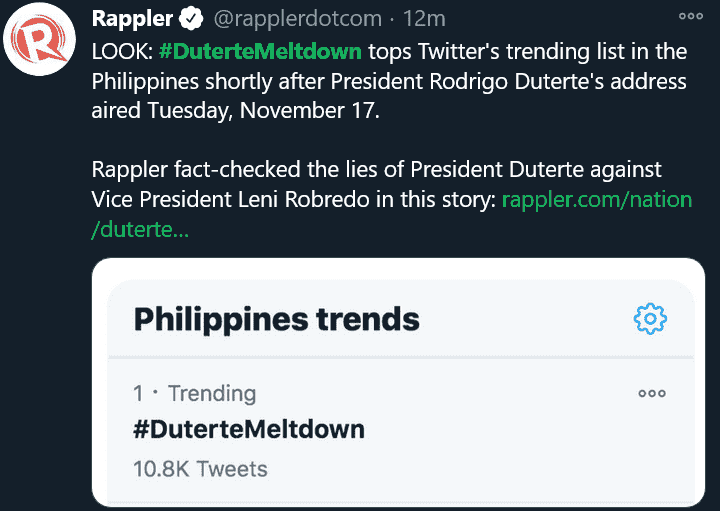 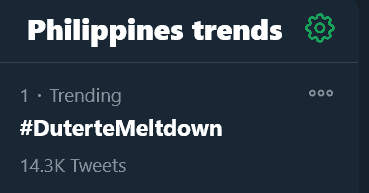 awinahe said:
HaHaHa, after the nightly, weekly usual useless duterte's speech here is what is trending on Twitter:

A
Duterte on crazy killer cop: Feed him COVID-19

Jan 2, 2021
A
F
Trivia Killer cop Nuezca pleads not guilty of murder he was filmed committing