The Bible, An Authority of Truth

This article aims to give people preliminary insights that will lead them, with God’s help, to a better appreciation of the Bible.

The Bible is a compilation of books. The first five books of the Bible were written by Moses while he and the Israelites were wandering in the wilderness for forty years. These books give an account of what happened to the Israelites after their liberation from the hands of the pharaoh in Egypt until the time that they were about to enter the Promised Land. Remember, God promised Abraham that He would give that land to his seeds, and biologically speaking, the seeds of Abraham were the Israelites whom Moses led out of bondage from the land of Egypt.

Everything that happened in that span of forty years up to the time that they were ready to enter the Promised Land was recorded in the books of Moses which we now call as the Pentateuch, referring to the first five books of the Bible.

But originally, these five books were only one book. Translators of the Bible divided it into five and gave specific titles to each book namely: Genesis, Exodus, Leviticus, Numbers, and Deuteronomy.

It must be understood that Moses used the Hebrew language in writing his book. From Hebrew it was translated to Greek; hence, most of the titles given to Moses’ books were Greek words.

Practically, all the events that happened to God’s people — or the Israelites — had been recorded in the Bible. But for what reason?

6 Now these things were our examples, to the intent we should not lust after evil things, as they also lusted.
7 Neither be ye idolaters, as were some of them; as it is written, The people sat down to eat and drink, and rose up to play.
8 Neither let us commit fornication, as some of them committed, and fell in one day three and twenty thousand.
9 Neither let us tempt Christ, as some of them also tempted, and were destroyed of serpents.
10 Neither murmur ye, as some of them also murmured, and were destroyed of the destroyer.
11 Now all these things happened unto them for examples: and they were written for our admonition, upon whom the ends of the world are come.

They were written for our admonition. The Apostle Paul wrote the evil things that the Israelites committed against God as a reminder and a warning to Christians and to the generations to come so that they should not do what the Israelites had done. They committed idolatry; they indulged in earthly pleasures like eating, drinking and merry-making, and in doing so, it even reached a point that they had forgotten God. They committed fornication which prompted God to send them a plague that caused the death of far more than 23,000 people. All their transgressions displeased God and provoked Him to anger.

Basically, the Bible is intended for us and for the future generations.

This shall be written for the generation to come: and the people which shall be created shall praise the Lord.

All the books of the Bible were written for our benefit and for the benefit of the generations to come – until the end of the human race.

The Lord of the Bible knows that more and more people would come to exist in this world. That was why He caused the writing of these Scriptures.

If any man think himself to be a prophet, or spiritual, let him acknowledge that the things that I write unto you are the commandments of the Lord.

The Lord commanded the kings, prophets, and evangelists to write — that is why we have the Bible now.

For instance, during the time of the prophet Isaiah, God commanded him to write His prophecy on a table of stone.

Now go, write it before them in a table, and note it in a book, that it may be for the time to come for ever and ever:

The words of God were written on tables or tablets of stone, on wood, and later, on papyrus, for them to be preserved for years.

The Apostle Paul acknowledged the writings of Moses on tablets of stones, and he even cited them in his epistles.

6 Who also hath made us able ministers of the new testament; not of the letter, but of the spirit: for the letter killeth, but the spirit giveth life.
7 But if the ministration of death, written and engraven in stones, was glorious, so that the children of Israel could not stedfastly behold the face of Moses for the glory of his countenance; which glory was to be done away:

As we all know, the Ten Commandments were originally written by the finger of God on two tablets of stones. Later, when Moses had to rewrite what God had written he also used tablets of stone.

The prophet Habakkuk was likewise commanded to write on tablets of stone. HABAKKUK 2:2 (KJV) says,

And the Lord answered me, and said, Write the vision, and make it plain upon tables, that he may run that readeth it.

They were written on stones to preserve them for a longer period of time.

Later on, those writings were compiled by God-fearing people. They regarded them as sacred writings — hence, the people of God refer to them as the Holy Scriptures or Sacred Scriptures.

And that from a child thou hast known the holy scriptures, which are able to make thee wise unto salvation through faith which is in Christ Jesus.

The Apostle Paul called these the Holy Scriptures.

All scripture is given by inspiration of God, and is profitable for doctrine, for reproof, for correction, for instruction in righteousness:

There are many scriptures and they are collectively called as the Holy Scriptures.

Matthew was trying to introduce the book that he wrote, which was named Matthew. He introduced it as “The book of the generation of Jesus Christ . . .” Please, take note of the word book, which is in the singular form.

In Greek, that word is biblos. When taken singly, each book in the Bible — like the book of Matthew — is called biblos, or biblion. But if you refer to all the books altogether it becomes biblia, which is the plural form of biblos or biblion. Just like some English words like “bacterium”, which is singular, but becomes “bacteria” when pluralized. The same thing applies with the singular noun “criterion”, which becomes “criteria”; “datum” becomes “data”; “forum” becomes “fora.”

As previously mentioned, the Bible is a compilation of many books. They were compiled by God-fearing people for the benefit of the generations to come. They wrote copies of it and, later on, they were translated in different tongues. All these people who wrote the different books of the Bible were moved by the spirit of God to write patiently because during those times, there were no printing equipment yet. Typewriters and computers, especially, were also not available during that time. So we can just imagine the difficulty they experienced just to come up with a copy of the Scriptures.

Those handwritten materials are what we call manuscripts, derived from the word “mano” which means “hand.” And I was fortunate enough to have seen one in the British Library in London. It is called the Codex Sinaiticus.

The books of the Bible were written by more or less forty people who came from different walks of life. One of them was Moses, a learned man. Remember, while he was still under the care of the pharaoh’s daughter, he learned all the wisdom of Egypt.

And Moses was learned in all the wisdom of the Egyptians, and was mighty in words and in deeds.

Another author happened to be a doctor, Luke. He wrote the Gospel of Luke and the Book of Acts. About two or three books were written by fishermen. Other writers included a tax collector, Matthew; and a Pharisee or a lawyer, in the person of the Apostle Paul, who wrote practically most of the books of the New Testament.

All those books were written by the inspiration and by the commandment of God. The Bible is a very reliable book because it speaks of things which are in recent years, discovered by archeologists and by science as a whole, to be true. One of the amazing things that the Bible had spoken, and was proven by science to be true is the fact that the earth is round. The Bible had spoken this truth more than 2,000 years ago.

It is he that sitteth upon the circle of the earth . . .

The word “circle” implies that the world is round, and not flat as previously believed.

But man discovered it only during the time that Ferdinand Magellan and his men made an expedition in search for the spice island. Starting at a point somewhere in Spain, they circumnavigated the earth. Although Magellan was killed in the Philippines, his men continued, and following the same route, they were able to get back to the place where they started their sail.

Aside from that, today we have physical evidences that prove that the earth is round. Pictures of the Earth that have been taken from Apollo 11 in space confirm that it is indeed round. These only prove the veracity of the declarations made in the Bible more than 2,000 years ago. 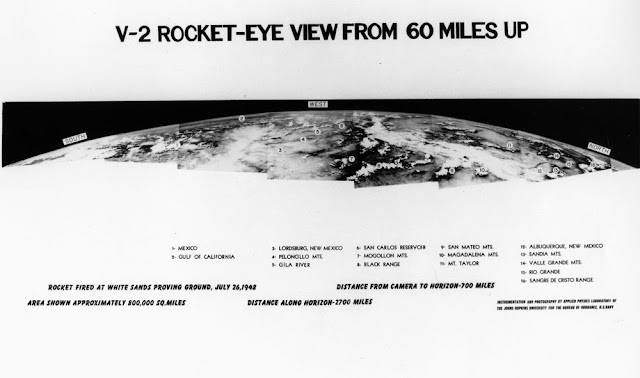 Biblical pronouncements are reliable; they are irrefutable because they came from the God Almighty who knows everything before it happens.

To God be the glory!

May 4, 2022
V
V
On Speaking in Tongues, the Holy Spirit and the Lord Jesus Christ