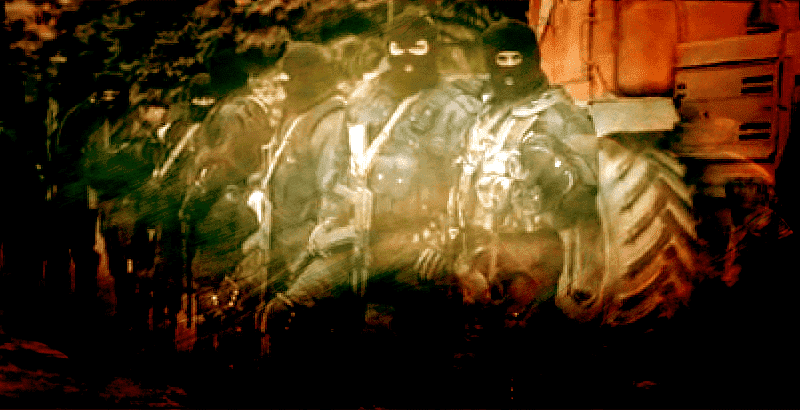 On May 22, an agent of the Security Service of Ukraine (SBU) was eliminated in a special operation by Russian forces in Kherson oblast.

According to Russia’s REN TV, who released footage of the special operation, the agent provided the SBU with information on the locations of Russian forces in Kherson and was also planning to carry out attacks in the oblast.

The SBU agent resisted arrest and opened fire at Russian forces from a AK-47-type assault ri fle. He was reportedly gunned down while attempting to target the forces with an F-1 defensive hand grenade.
Upon searching the agent’s hideout, Russian forces uncovered a Soviet-made 9K38 Igla man-portable air-defense system (MANPADs). The missile was stolen by the agent from a nearby Ukrainian military unit, most likely in the early days of the Russian special military operation in Ukraine.

The Igla’s 9M313 missile, which is guided by infrared homing, has a maximum range of five kilometers. The missile is armed with a 1.17-kilogram blast fragmentation warhead. The SBU agent may have been planning to use the missile against Russian warplanes, or to sell it on the black market.

Most of Kherson Oblast, including the city center, was captured by the Russian military and national guard in the first week of the special operation. Since then, the SBU has been attempting to destabilize the situation in the oblast with no success.