In this over-the-top satire you’re tasked with building your own pipeline, and trying to balance the financial demands of using the least pipe to make the most money against the impact on the local environment and neighbouring farms.
On the right, you have a gas company rep keeping track of your budget and continually pushing you to create the most direct economical route – every piece of pipe costs money and every second counts. Meanwhile, on the left you have a local farmer gauging your impact on the area and community. Lay your pipe too close to the pastures and risk springing a leak that kills livestock and makes people sick. Build through forest or near water and you will incite protesters that block your path. Suffer a leak or raise local indignation too far and risk potential pipe sabotage that could end your operation.Pipe Trouble is a Pop Sandbox Production, produced in collaboration with Six Island Productions and TVO with the support of the Ontario Media Development Corporation and the Bell Broadcast and New Media Fund. It was developed with the support of docSHIFT (an initiative of the Documentary Organization of Canada’s Toronto chapter).
What’s in this version: 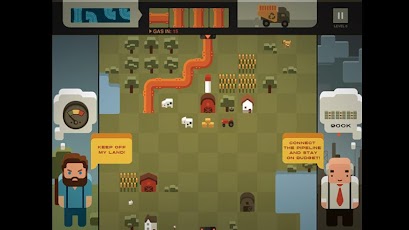 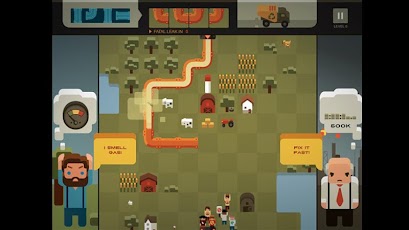 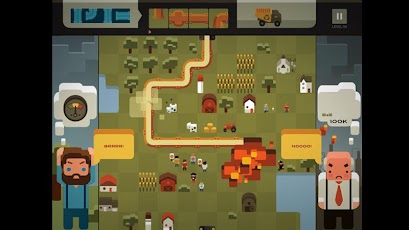