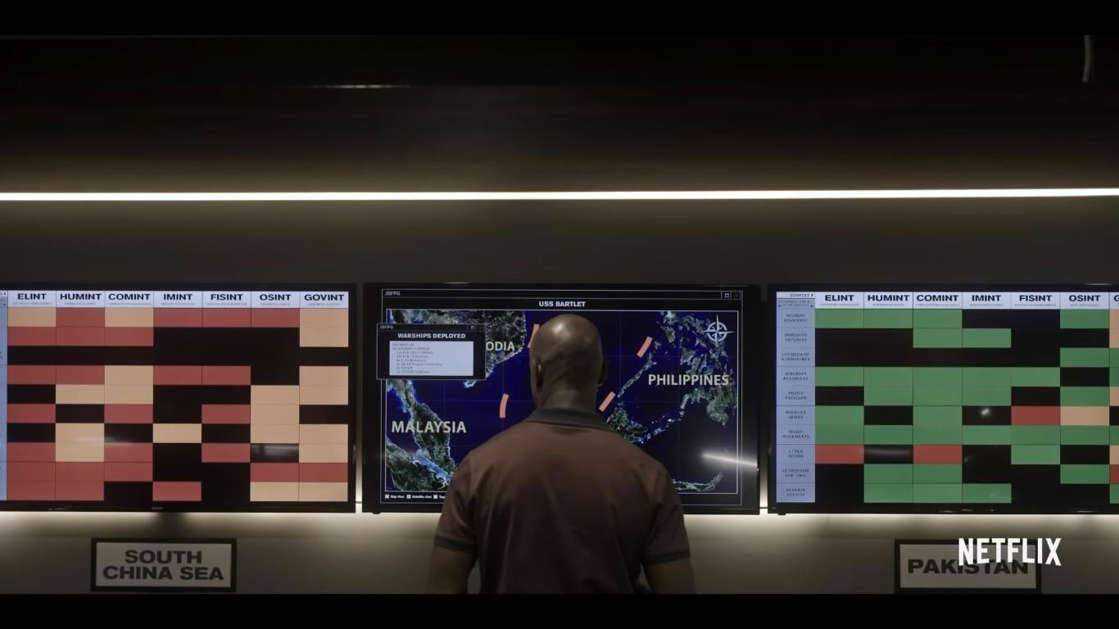 The Philippines' Movie and Television Review and Classification Board (MTRCB) has ordered Nétflí× to pull certain episodes of spy drama “Pine Gap” that show China’s nine-dash line in the disputed South China Sea, saying it is a violation of Philippine sovereignty.

"After a thorough review, the Board ruled that certain episodes of Pine Gap are 'unfit for public exhibition.' The MTRCB also ordered the immediate pull-out of relevant episodes by its provider, Nétflí× Inc, from its video s†rêâmïng platform," the Department of Foreign Affairs said in a statement Monday.


"Using the medium of a motion picture is but China’s unconventional approach to gain an upper hand in the territorial conflict in the South China Sea/West Philippine Sea," it added.

China's so-called nine-dash line is a U-shaped delineation of what it claims as its territory in the South China Sea, covering nearly 90 percent of it. Manila calls it excessive and a violation of international law.

"The portrayal of the îllégâl nine-dash line in Pine Gap is no accident as it was consciously designed and calculated to specifically convey a message that China’s nine-dash line legitimately exists," the DFA also said.

This, it added, "is a crafty attempt to perpetuate and memorialize in the consciousness of the present generation of viewers and the generations to come the îllégâl nine-dash line."

Pine Gap is an Australian television series that was released on Nétflí× and broadcast on ABC in 2018.

The MTRCB decision was handed down on September 28 following a complaint lodged by the DFA.

In its decision, the MTRCB underscored that “under a whole-of-nation approach, every instrumentality of the government, whenever presented with the opportunity, has the responsibility to counter China’s aggressive actions in the West Philippine Sea to assert the Philippines’ territorial integrity."

The DFA said it expects the s†rêâmïng giant to comply with the ruling. In July, the company pulled the series from its services in Vietnam after the country made the same complaint.

China has claimed and developed several features into military facilities in the South China Sea, including areas within Philippine territory.

In 2016, an international court in The Hague, Netherlands invalidated China's sweeping claims over the resource-rich waters. China did not participate in the legal proceedings and refused to recognize the decision of the arbitral tribunal. — BM, GMA News

häçk *****down sa China
You must log in or register to reply here.

A
US backs PH protest of China fishing ban