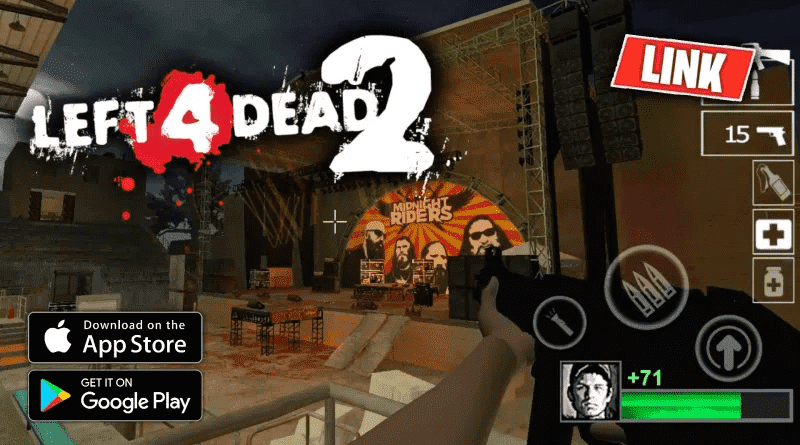 The real zombie apocalypse Left 4 Dead 2 (L4D2) is the long — awaited sequel to the award — winning Left 4 Dead-the best co-op game of 2008.
In this cooperative horror first-person shooter, you and your friends will go through five large campaigns through the cities, swamps and cemeteries of the Southern United States, from Savannah to New Orleans.
You will play as one of the four new survivors, armed with devastating classic and upgraded weapons. The firearms arsenal is not limited to: you will be able to take out aggression on the infected with a variety of bloody melee weapons from chainsaws and axes to deadly frying pans.
All these weapons will come in handy in battle against three terrifyingly scary new special infected (or they will be used against you in the “Battle” mode) and five “unusual ordinary” zombies, including frightening Mudslingers.
The updated “Director” takes the addictive gameplay of the first part of the game to a whole new level. Improved artificial intelligence procedurally changes the weather during battles and possible passages, and your actions will depend on the effects, sounds and number of enemies. Each time, L4D2 will test you in a new way, changing the approach to you and adapting to the style of your game.
A new standard for co-op gameplay from the creators of Half-Life, Portal, Team Fortress, and Counter-Strike.
More than 20 new weapons and items, including 10 new melee weapons: an axe, a chainsaw, a frying pan and a baseball bat, which are so convenient to smash zombies up close.
New survivors. A new story. New dialogs.
Five detailed campaigns that are available for completion in the co-op game, “Battle” and “Survival”.
Brand new multiplayer mode.
Unusual ordinary infected. In each of the five new campaigns, there will be at least one type of” unusual ordinary ” zombies that you will meet only in this campaign.
Updated “Director” – artificial intelligence that turns L4D into a unique game where your actions will depend on the effects, music and the number of enemies. L4D2 introduces a new system that can change the location of objects on the level, the objects themselves, the weather and lighting at different times of the day.
Statistics, rankings, and achievements complement the cooperative game.

You do not have permission to view the full content of this post. Log in or register now.
Pafeedback if nagana sa inyo para maedit ko yung thread. Thanks!

Elite
Pwede multiplayer?
You must log in or register to reply here.