Tutorial How To Make Phone Faster

HOW TO MAKE PHONE FASTER 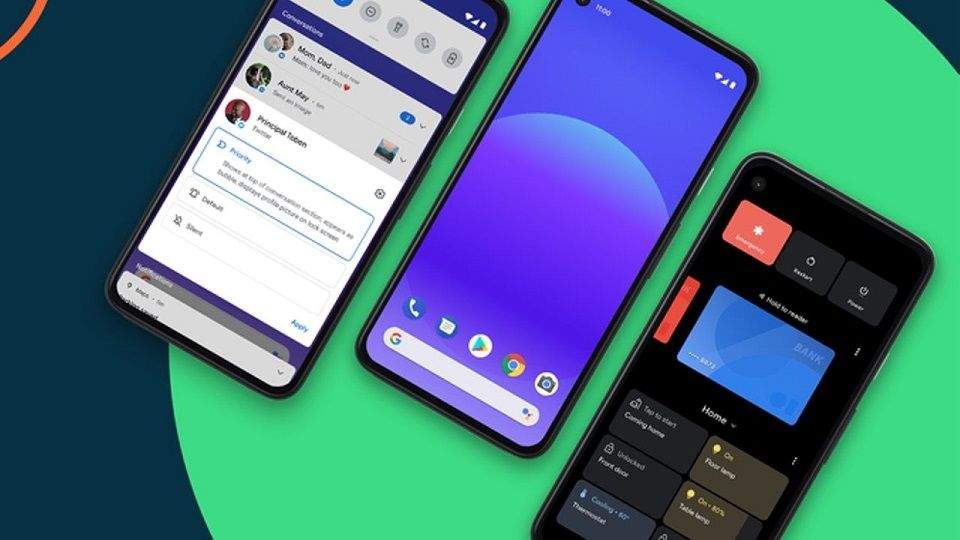 Well, would you look at that! We bet you’ve seen this tip in every “make your Android phone faster” article, and that’s because it is one of the most common reasons why Android devices lag and stutter. The Play Store is home to millions of Android applications, most of which are free. Hence, it’s only fair that anyone would want to try them out until they find out that it doesn’t have the features you were looking for. That way, you ditch it by not uninstalling it but ignoring it in your Apps list.

And from any non-techies perspective, if you’re not using an app, the app is not running; in reality, it’s probably running in the background and consuming a few system resources that could be otherwise useful for the app you want to run smoothly.

Various apps that live inside our smartphones run and need to connect to the internet to keep working. And if these apps are of no use to us, they would only burden the hardware or increase our data bills if you’re on a metered connection. Getting rid of such apps would be a wise move in the path to speed up Android.

Don’t know what App Cache is? Check out this article to learn more about it. Some apps you don’t need regularly, but they are important enough to have a place on your device. Like, the apps you use to book flights, hotels and order food. To make Android faster, try to remove the cached data for such apps in the Settings to ensure they don’t consume much space when they are not in use.

Clearing the cached data sometimes helps make apps run smoother. It removes the old data that’s no longer necessary until you open the same app next time. Clearing the cache isn’t a permanent solution because it stacks up again. Still, it does give an extra boost to your otherwise laggy device. This method is helpful in the case of big apps like Facebook and Instagram, which store tons of images and other data on your device.

Take an example of your Facebook profile picture. Facebook caches it and stores it into your internal storage so that the next time you open Facebook, the app won’t need to download your image again from the servers to show it on your profile. The app takes it from your storage. And, you guessed it, since clearing cache might lead to the app downloading the necessary files again, a lot of your data will be consumed. So, unless you’re on Wi-Fi or a public hotspot, we don’t recommend cleaning it.

Android has excellent task management skills. It can close unwanted processes on its own whenever required. But this old-school trick may give your apps an extra boost if it’s running out of RAM.

Almost every launcher includes the option to free the system memory. If it’s not there, you should consider installing some memory cleaning app. However, remember that some cleaning apps “claim” to make your device faster by cleaning RAM, but they use so much RAM that it elevates the problem.

Clearing the smartphone’s RAM can give you an instant performance boost as it closes various unwanted apps capturing the precious memory of the Android phone.


4. Use Lite Versions Of Apps

Using lite versions of apps can improve your Android phone’s performance by a significant margin. Not only that, but they also reduce your data bills using image compression algorithms.

Most of the major Android updates come with significant performance improvements and features. Hence, upgrading your device, if your vendor is kind enough to release one, can do wonders and speed up the performance of your Android device. Alternatively, you can also use Custom ROMs for your Android device. Don’t know what a custom ROM or rooting means? We’ve got you covered!

You may ask, “Well, you just said to update your device to make it faster, but now you’re saying otherwise?” Well, keeping your Android phone up to date is among the Android tips and tricks almost every user would suggest, but not all manufacturers push good and stable updates. Besides that, if your device is low on storage and it’s a few years old, upgrading it to a newer version would consume extra resources.

The device storage could even shrink down to the limit that messes with your daily routine. All you have is a new Android and a handful of essential apps because your phone doesn’t have the space to hold more apps.


7. Wisely Choose What You Install

As cliche as this sentence might sound, Android’s growth in the past two decades has been exemplary. Millions of apps on the Play Store are just a few clicks away, but out of these unlimited apps and games, not all apps are designed by developers with good intentions.

There’s malware on Play Store. Most apps are hiding disguised as “innocent” apps that are fake and want to take control of your device, s†éál valuable data, and send it somewhere in the world.

Google has recently rolled out Play Protect tool for scanning such apps. Indirectly, you can make your Android device faster with this option. However, you should check the authenticity of an unknown app before you install it, even if you’re downloading it from the Play Store.

8. Turn Off Automatic Updates Over Mobile Data And Wi-Fi

Many apps need to update themselves in the background to keep the information fresh or do other things such as upload files, photos, videos. Thus, disabling background data can make an Android device faster, up to an extent.

That’s because apps are barred from connecting to the internet and using system resources. Also, turning off background data for mobile networks would help you save your internet bills.

Alternatively, if you want to prevent Google from syncing your device, you can turn off the auto-sync on your Android device. And turn off auto-update in Google Play by visiting Settings > Auto-update apps > Select Auto-update apps over Wi-Fi only.

9. Use Your Device’s Fingerprint Sensor

Most Android phones these days include a fingerprint sensor. Now, using the same won’t bring any performance boost or decline on your device. Hence you should be using them instead of pins and patterns. On average, fingerprint sensors can unlock your Android phone in around 0.5 seconds, but the time required to unlock your device for pins or patterns could range between 5-8 seconds.

“IT support: Have you tried turning your computer off and on again?” is a question that most of us have encountered at one point in our lives. This thing applies to our computers as well. Restarting your machine can make it faster, at least for a brief time. Similarly, it can also be the case with Android devices. When you reboot your device, it deletes temporary files to speed up Android and cleans up the phone memory.

Cloud is the future of data storage and apps. It not only makes our data accessible across devices but frees up valuable internal storage on the Android phone, which can be used by other apps on your device. Remember that internal storage plays a vital role in your Android phone’s performance. The performance bottleneck also occurs if you fill up your smartphone’s eMMC or UFS flash storage to more than 70%.

Let me give you an analogy. The fewer potato chips you have in your mouth, the easier it becomes to swallow them and vice versa. The same applies to your home screen. If you keep your Android device’s home screen clean, you’re ultimately pushing lesser colors to the SoC, which decreases the time required to render a part of your home screen. Thereby making your device faster.

Custom launchers are a great way to increase the overall snappiness of your Android device. While not every launcher is lightweight, most good ones are major tech players like Microsoft or Google’s Pixel launcher. Examples of great launchers are Microsoft Launcher, Lawnchair, Nova Launcher, Hyperion, etc. If you want more options, make sure to read our list of best Android launchers article.

And we haven’t even scratched the surface yet. The lightweight nature is just one part of good launchers. Third-party launchers are also come with lots of customization options.

Now, let me get straight to the point; rooting doesn’t make your device faster, but you CAN make it faster by removing bloatware. We have comprehensively elaborated Android rooting one of our articles, so make sure to check it out. In reality, it’s what you do after rooting your Android that might make the device faster or worse. Another thing worth mentioning is that many things can go wrong during the rooting process. Therefore, we’d suggest you proceed with caution.

Most people root their devices to remove bloatware — apps pre-installed on the phone — which one can’t delete directly. Getting a great insight into the Android system may allow you to terminate the processes, which are only a burden to the system.

You can even try some Custom ROMs. If you remember, CyanogenMod was one hell of a popular ROM with its current descendant, LineageOS. Other popular custom ROMs might give you a generous lift over your current stock (factory) OS.

Okay. This trick probably needs no explanation. The ability to change the window and transition animations have existed in Android since the beginning, and it can significantly impact the speed and snappiness of your Android device.

This change reduces the time wasted on rendering various visual effects on the screen when you operate, making it work quicker in some sense. Go ahead if you’re fine that your device appears to be running a decade-old software when it’s not.

If none of the above tricks made your device faster, we’re afraid the only option left is to reset your device. You can consider it if your device has slowed down to the level that it can’t do basic things.

and thx for this info and uhh some tips may need to know about modding phones and the risks (including this)
Last edited: Jul 28, 2022
D

Established
charge ur phone with Flash 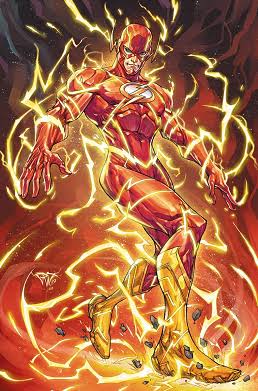 bruhboi24 said:
how about lowering the resolution of the phone
my old phone went from 1280 X 720 to 368 X 207
and it is gonna be blurry but man
MY PHONE IS TOO FAST AT THAT RESOLUTION
feels brand new

and thx for this info and uhh some tips may need to know about modding phones and the risks (including this)
Click to expand...

Elite
thanks for sharing
D

Established
Thanks for sharing po.
B

search ka lang sa play store
Resolution changer or ito gamit ko
You do not have permission to view the full content of this post. Log in or register now.

bruhboi24 said:
search ka lang sa play store
Resolution changer or ito gamit ko
You do not have permission to view the full content of this post. Log in or register now.

Established
salamat po TS
You must log in or register to reply here.