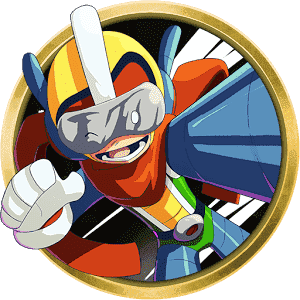 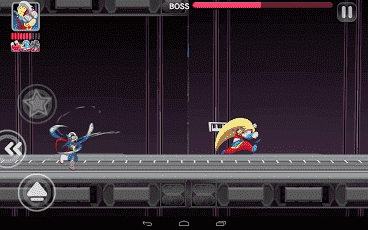 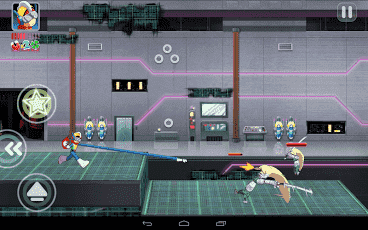 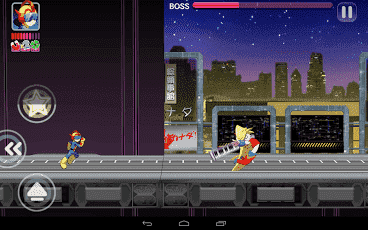 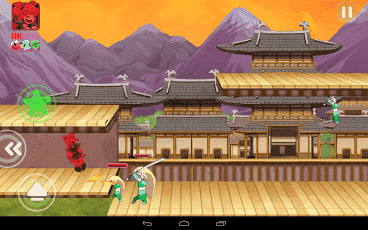 Celebrating the BRAVOMAN 25th anniversary, BRAVOMAN: Binja Bash! is a new side-scrolling game for your Android device that has classic arcade game sensibilities never before seen on the go! Packed with loads more than just basic jumps and attacks, BRAVOMAN: Binja Bash! is ready to awaken your inner gamer by letting you parry enemy attacks, perform super moves, find hidden levels, and even unlock secret characters! Are you ready for the challenge?

[Game Description]
Take control Bravoman, the one and only super-unequaled hero of excellence, as he fights to save Neo Kyoto from the evil Doctor Bomb and his legion of robot ninjas. Destroy Doctor Bomb's “binjas” and collect their parts to unlock your friends, the powerful Bravo Corps. Use these secret characters' unique moves and abilities to play the game in brand-new ways and experience new stories and endings. The greatest players who run the brutal gauntlet of assembling and then beating the game with all characters may just be in for a special surprise.

After you've defeated Doctor Bomb and his henchmen, play the fast-paced boss battle mode where you can compete with your friends for the best clear times on the toughest of bosses. See who has the best times and most achievements with Google Play Games. Will it be you?

Instructions
1. Install the APk
2. put the data to /sdcard/Android/Data