Apple took the stage at this year’s Worldwide Developers Conference keynote and officially announced the next major update to iOS: iOS 10. 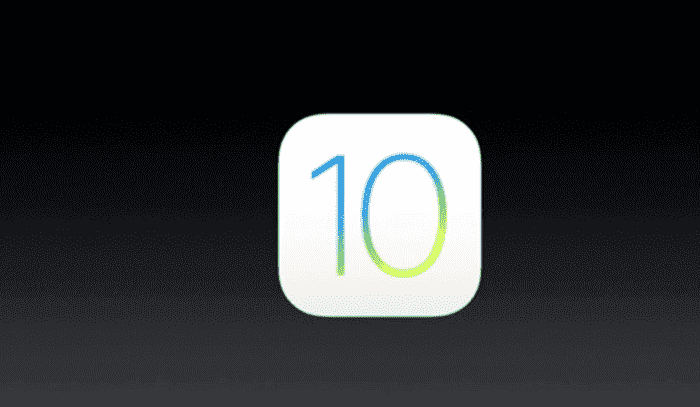 And with it, plenty of new features that are both exciting for developers and end users. This release for Apple’s mobile operating system, which will work on the iPad, iPhone, and iPod touch lineup, brings a whole host of new additions, from changes to the lock screen, to major tweaks to the way 3D Touch works, and even more sweeping changes to Messages.

Here’s a rundown of the new features:

Redesigned Lock Screen and Control Center
The redesigned Lock Screen features rich notifications, which will allow for more information to be presented to the user, while also giving them more abilities to interact with that content. Specifically, 3D Touch will work to show email content, reply to messages, and even let users clear all notifications.
Control Center has also been improved, adding a dedicated panel for music that shows full album artwork, plus playback controls. Users can simply swipe to the right to access the camera as well from the lock screen, while swiping to the left will bring up widgets.

Siri
Siri has been improved in a big way as well, getting much smarter and gaining access to third-party applications with a brand new SDK for developers. Using Siri, users can now send messages through third-party messaging apps, like WeChat, summon an Uber, send money to friends, start/end a VoIP call, and more.


QuickType Keyboard
The QuickType Keyboard is the stock board for iOS users, and it has seen a laundry list of improvements and tweaks in iOS 10. That includes Siri integration, which will provide relevant information depending on theconversation you are having, including offering up the ability to provide a location, and more. The QuickType keyboard is also gaining bilingual support, which will show suggestions from multiple languages at once.

Photos
The new Photos app has seen a big upgrade, getting smarter with better recognition for not only faces, but also places, scenes, and objects. The new Photos app for iOS 10 will also link images based on location, or people in the pictures based on a date, plus much more. The new app will also create movies, threading video and still images together, along with background music and typography, to create quick video shorts showcasing an event or experience.


Apple Maps
The stock Maps app is getting better with a dynamic view, which will zoom in when you’re nearing turns and zoom out when you’re on a long straightaway. There’s an easier user interface as well, and an ability to search along a route, see updated traffic in real-time, and get alternate routes when a path is slow or blocked. Apple Maps is also getting Extensions for third-party apps, which will let users set up dinner dates, book a hotel or car, and much more.

Apple Music
Apple Music also saw an improvement, with an easier method of multitasking while browsing and listening to content, a major refresh to the user interface, and integrated song lyrics for those who want to know exactly what’s being said in a song.


Apple News
Apple News now offers subscriptions for content, and there are push notifications for breaking stories. The user interface has been updated as well, and News will recommend sources based on your reading habits.


Home
The new Home app will bring together all of your HomeKit-enabled smart home accessories, from the garage door, the front door, thermostats, lights, and more, and simply make it easier to control all of them. With “Scenes,” users will be able to tell Siri good morning to have their blinds open and lights turn on, or choose good night to get the opposite effect.

iMessage
One of the biggest new additions for iOS 10 is a plethora of changes and updates to iMessage, making it a much more worthwhile experience with bigger emoji, the ability to swap out words for their emoji counterparts, and even full-screen animations that brighten up a conversation. There’s an Invisible Ink feature that lets users swipe their finger over a picture or words that have been hazed out, letting the content be an actual secret. There are animations for pictures and text that can be smaller or bigger, the ability to reply in a handwritten message, Digital Touch for drawing on images, stickers, animated stickers, and much more.

The developer preview has officially been seeded, which means a ton of new features will be ready to go when the new software launches this fall for the public. A public beta will launch in July. 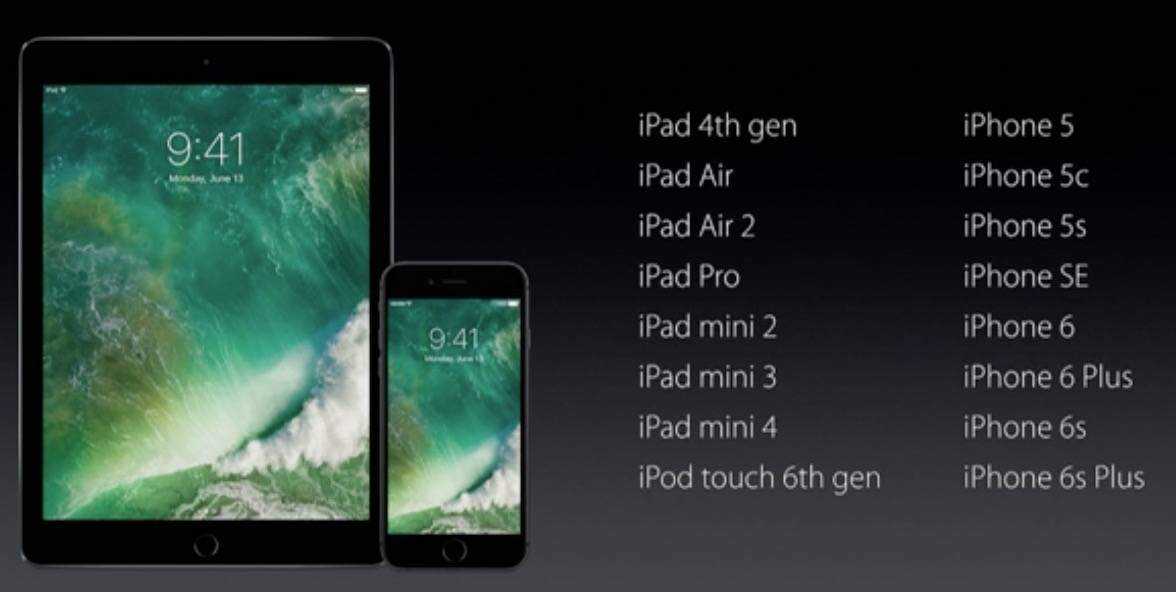 iOS 10, the tenth major revision of iOS, is now official, but will it work on your existing hardware? Not if you’re still on the iPhone 4s or want to run iOS 10 on the original iPad mini or iPads older than the iPad 4.

Here’s a list of every Appledevice that supports iOS 10:


The major iOS 7 overhaul was compatible with any iPhone model from the iPhone 4 onward. iOS 8 and iOS 9, however, dropped iPhone 4 support so the iPhone 4s became the new bare minimum. With that in mind, it’s not surprising that iOS 10 has dropped support for the iPhone 4s, the original iPad mini and the third-generation iPad.

That being said, this information appears to conflict with Apple’s iOS 10 Preview webpage.

As you can see below, the webpage advertises the original iPad mini and the fifth-generation iPod touch as being compatible with the software update even though neither Apple’s WWDC slide (pictured above) nor a media release mention thesedevices.

A developer preview of iOS 10 is available starting today for those who are members of the Apple Developer Program. Public beta testers who are signed for the Apple Beta Software Program can download a beta of iOS 10 some time in July, said Apple.

iOS 10 supports any iPhone from the iPhone 5 onward, in addition to the sixth-generation iPod touch, a minimum fourth-generation iPad 4 or iPad mini 2 and later.